END_OF_DOCUMENT_TOKEN_TO_BE_REPLACED

Not on the payroll – an Esoteric mystery 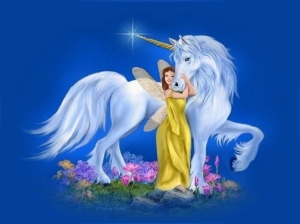 In February this year, Esoteric student and cult lawyer, Paula Fletcher of Universal Law solicitors, Mullumbimby, outed herself as a blog troll on the Universal Medicine Accountability site. The self-loving lawyer, thinking she’d signed in anonymously to defend one of the cult’s bent surgeons, answered Venus’s enquiry about how much money she’d made out of Universal Medicine cult damage with the famous line, ‘not on anyone’s payroll actually’. A couple of weeks ago we received a copyright infringement notice for using scanned images of Serge’s healing symbols sent to WordPress from, quelle surprise, Universal Law’s Paula Fletcher. In the following exploration of Esoteric my$tici$m we look at the supernatural sources of the cult’s wealth, and the enigmatic question of who is on the payroll on Planet $erge and who isn’t?  And why not? END_OF_DOCUMENT_TOKEN_TO_BE_REPLACED

We interrupt our regular programming to show you what could happen if Serge Benhayon rearranges your brain cells and you combine that mess with music lessons from Chris James. The result is something like the Osmond family crossed with the Beverley Hillbillies on benzodiazepines and nitrous oxide. We think it unlikely to find chart success anywhere but on Planet Serge where facts that come with photographic evidence are ‘lie lie lies’, and having your genitals pawed by an ex bankrupt junior tennis coach and toilet epiphanist is called ‘healing’. END_OF_DOCUMENT_TOKEN_TO_BE_REPLACED