2 out of 3 Benhayon marriages fail, but they’re all AMAZING be$t friends

END_OF_DOCUMENT_TOKEN_TO_BE_REPLACED

Esoteric Slander: the Universal Medicine cult psychologists on the defensive 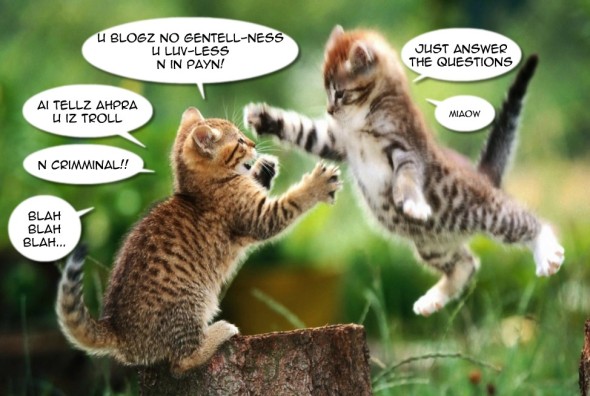 The Universal Medicine cult persists in telling its followers they’re taking legal action against me, but in spite of the group’s wealth, numbers and dedicated and oh so competent legal team, they have not. They’ve tried just about anything else to bully me and shut me down, having the UK and Australian URLs of my Blogger blog censored without a court order, followed by false copyright and trademark infringement complaints, and a false complaint of stalking by the Mystic dentist. No one has denied my accounts of my experiences with Benhayon, and no one answers our questions about the cult’s secretive practices and their messiah’s inexcusable behaviour. The latest lowly attack comes from the cult psychologists, Marianna Masiorski, Brendan Mooney and Caroline Raphael, who made a complaint to the Australian Healthcare Practitioner Regulatory Authority, with whom I’m a registered practitioner, about my ‘conduct’.