READ THE REST OF THIS POST ON UNIVERSAL MEDICINE ACCOUNTABILITY 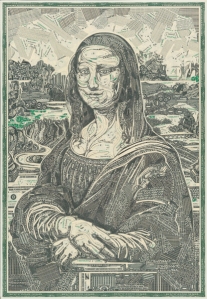 Who knew self-loving choices had to be so costly? Apart from the cost to relationships, families, children, health and dignity, there’s substantial funds hurled into the Benhayon’s coffers. Universal Medicine slugs students and customers, or their financial providers, at every opportunity – for negative return. In the following cost detriment analysis we look at the vast range of Universal Medicine products, and how much is spent on making followers feel superior but look, sound, think and act stupid.

END_OF_DOCUMENT_TOKEN_TO_BE_REPLACED

Universal Medicine’s Esoteric cult leader, Serge Benhayon, likes to cast himself as a successful businessman, but he’s not forthcoming about his devious means of accumulating wealth. Email communiqués from his personal assistant, Desiree Delaloye, and business partner, Brisbane accountant Susan Scully, show how UM misleads ‘investors’ into funding company assets, and then charges them to use them.

END_OF_DOCUMENT_TOKEN_TO_BE_REPLACED

Not all is joy-full and harmonious at SergeCentral. The Universal Medicine cult investors are weary of spending and giving, giving and spending, so that untrained, unqualified Serge Benhayon and his underachieving offspring and other hangers on may live as cashed up bogan deities.

END_OF_DOCUMENT_TOKEN_TO_BE_REPLACED

The bogus healing claims for Esoteric Breast Massage are headed for examination by the Supreme Court, and last month its inventor, Serge Benhayon, posted a video defence of the modality on Vimeo. Within 36 hours of me posting it here and critiquing it, it was removed, along with several other EBM promotionals. (They’ve since been restored to different links with restrictions on embedding.) I’ve compiled them into one video with commentary and a few expository facts Universal Medicine’s Esoteric Women’s Health had withheld. Benhayon’s bizarre apologism was yet another confirmation his women’s health modalities are a predatory fraud, and his attitudes to women are derogatory and sick. If he wasn’t successfully plying this garbage to the vulnerable and benefiting personally from large bequests from cancer patients, this would be written off as a bad taste joke. But it gets worse. This charlatan and his grubby business is receiving endorsements from enamoured medical professionals.

END_OF_DOCUMENT_TOKEN_TO_BE_REPLACED

Serge Benhayon was also recorded telling an audience about voices he heard while sitting on the toilet. The leader of the Universal Medicine cult claims to be an Ascended Master incarnate, the highest spiritual form of human being, the only one of his kind on earth, and the source of ‘One Unified Truth’. He claims competing sources of authoritative knowledge, such as academia and peer reviewed medical research are supernatural conspiracies to lead us away from his ‘truth’ and keep us in ‘illusion’.

END_OF_DOCUMENT_TOKEN_TO_BE_REPLACED 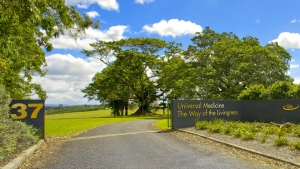 *December 27: Quote of the year