V is for victory

Former Sydney tennis coach turned self-styled spiritual healer Serge Benhayon has suffered a spectacular loss in his Supreme Court defamation case against a former client, after a four-person jury found it was true to say he led a “socially harmful cult”, “intentionally indecently touched” clients and made “bogus healing claims”…

Ms Rockett’s solicitor, Stewart O’Connell of O’Brien Solicitors, said the verdict was a “victory against a Goliath organisation by a woman who refused to be bullied” and was a “vindication of Ms Rockett”. Sydney Morning Herald, 15 October 2018

Update: You can download a copy of the Supreme Court’s final determination at this link: https://www.caselaw.nsw.gov.au/decision/5c772e44e4b0196eea404c09#

I’ve also published an article on how to use the court’s orders to protect your community.

END_OF_DOCUMENT_TOKEN_TO_BE_REPLACED

January 10 saw the launch of my YouTube documentary series, Unpacking Universal Medicine & The Way of the Livingness. I gave a critical analysis of Universal Medicine using publicly available video footage, texts and images. It set Goonellabah’s Esoteric empire ascramble and Unimed had its minions fire off bogus DMCA copyright complaints faster than they could spill their pea soup. YouTube removed the Intro episode and Episode 1 that I’d published. I lodged a counter notice, waited the required period, UM did not initiate legal proceedings and YouTube restored them.

UPDATE MARCH 1: The Co-Creative have made the same complaints, under penalty of perjury, about episodes 2-4. Episode 2 contrasts UM’s health claims with reports of health problems in the UM community. Episode 3 is about UM’s ‘True Sexy’ mixed messages in marketing its Esoteric Womens Health products. Episode 4 is about the impact of UM’s supernatural beliefs on relationships.

END_OF_DOCUMENT_TOKEN_TO_BE_REPLACED 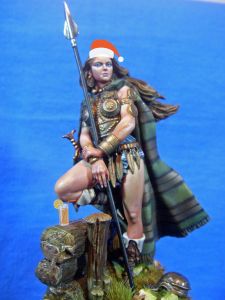 It’s that time of year again! The time when human beings get together to celebrate a year of doing our best through thick and thin, and to show gratitude for what and who we have. It’s also the time of year when UM’s Esoterics get together to not celebrate Christmas – when they go out of their way trying to make those who have to put up with them as miserable they are. So let’s raise our cups to not going down without a fight, duckies! Lets wind up the year with some more of the gobsmackers we love to share, with prana and Astral debauchery! And lets cast our thoughts to a blockbuster 2018 – to loading the cannons and striding to the breach my friends.

END_OF_DOCUMENT_TOKEN_TO_BE_REPLACED

May 29 – objections judgement delayed until June 3

May 11 – unofficial objections update with video

May 4 – corrections, objections & trial by jury

END_OF_DOCUMENT_TOKEN_TO_BE_REPLACED

Multi-millionaire and predatory charlatan, Serge Benhayon, is SLAPP suing me for defamation for blogging concerns about his conduct with women and children. Knowing I don’t have the funds to defend the case, he’s using a defamation claim as censorship – to stop me from blowing the whistle on his secret culture of exploitation, rorting, bullying and abuse.

13 December: Benhayon vs Rockett in the Daily Telegraph

END_OF_DOCUMENT_TOKEN_TO_BE_REPLACED 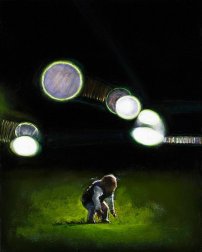