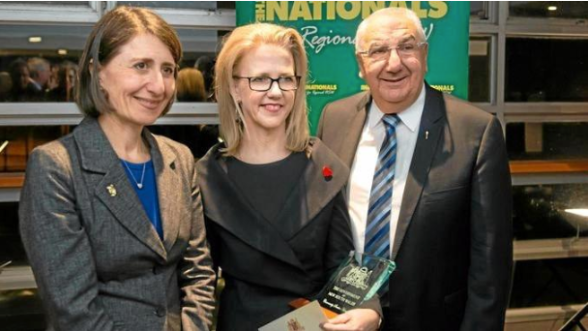 State MP for Lismore Janelle Saffin has introduced a private members’ bill calling for a judicial inquiry into Universal Medicine’s ‘pernicious influence’ on the community. It can’t come soon enough. Universal Medicine continues to deploy its promoters into community organisations, including NSW’s State Emergency Service (SES). That’s business as usual for the cult. Serge and his sales contingent obstinately refuse to acknowledge any of the serious issues surrounding their activities.

In her appeal to NSW parliament on 21 August 2019, Janelle Saffin MP concisely summed up the extent of Universal Medicine’s aggressive incursions into tax payer funded institutions and groups.

I call for an inquiry not because it is a cult, but because it has infiltrated my community, some government departments, agencies and related programs, and non-government organisations, some educational institutions, some media outlets and some business organisations. It is peddling its pernicious influence over the lives of people at their most vulnerable: children, the sick and the wounded…

It is a cult that has caused the separation of families, is a wealthy commercial enterprise that has a range of subsidiary and related companies operating from Lismore and beyond, and has targeted those who speak out and bullies them in a range of ways, including directly on the streets in my hometown of Lismore and with defamation threats…

It is a cult that has recruited practitioners across a range of professions, including medical, allied health, human services and even the police that gets them to go forth and seek recruits in well‑placed professional positions. It is a cult that has a senior employee in one of our government departments who has decision‑making power about children and actively recruits other workers. A child under that person’s care was, by that person’s plan, supported to continue an association with the Universal Medicine cult…

Professionals who are Universal Medicine socially harmful cult promoters in the workplace are not fit and proper professionals to be in charge of children, the sick, students and the vulnerable. I have also been informed that some government departments use the Universal Medicine cult associated practitioners in their Employee Assistance Program [EAP]. Its harmful impacts must be brought to light, including its bogus and harmful pseudo health and healing practices. I speak out on behalf of my community seeking Government action. We need an inquiry and we need it as soon as possible. I make the request and say, “Over to you, Attorney General and Ministers.”…  Read the whole speech at NSW Parliament, Hansard

Ms Saffin called for a judicial inquiry led by a judge or retired judge into the Universal Medicine cult—with witnesses given parliamentary privilege.

What that means is that witnesses will be able to give evidence to the inquiry with immunity from being sued for defamation, and with legislated protections from harassment and intimidation.

Having said that, the days of this horrible cult harassing people for telling the truth, or for criticising their nasty and questionable behaviour are over.

While they might be on the back foot when it comes to hounding detractors, they continue their usual sneaky recruitment activities. Even recently, people unwittingly referred to UM practitioners were horrified to find themselves love-bombed and sold all sorts of extraneous esoteric junk, including referrals to UM practitioners.

I’m hearing that UM promoters continue to run extra-curricular activities for children out of public schools in the Lismore region. In Perth, UM promoter Sally Green recently nominated (for a second time) for election to a local government seat, but withdrew under a bit of overdue scrutiny.

Word from UM’s inner sanctum is that the esoterics are moaning and griping about my continued criticism of their activities. They’re persisting with their victim routine, despite the court’s findings against their guru, and their attitude that I’m the one who’s in the wrong.

Apparently Serge got very precious about me recently appealing for leaks from UM’s insiders where I encouraged them to preserve internal communications and documents as a type of insurance policy against future blowback. He went so far as to whinge to his pet lawyer that I’m trying to ‘access his private correspondence’.

We saw what some of those love letters looked like on ABC News a couple of weeks ago, where UM were not just trying to organise to have me arrested, but actively harassing a police officer when NSW Police found no evidence of criminal activity on my part and opted out of UM’s unlawful vendetta against me.

If Serge wants me to express less interest in UM’s documents, then maybe UM should stop behaving like a socially harmful cult. Maybe they shouldn’t send out so many communications conspiring to bully people, or labelling those who don’t ‘align’ to The One’s whim du jour as ‘evil’, or pressuring followers for money, or extorting private information, unpaid labour and pseudo-legal consent and releases.

They’re not exactly ‘private communications’ when they have an adverse affect on so many people.

Leaks are, as always, welcome.

I’m hearing that Deborah Benhayon has been parachuted into a role as Deputy Commander for the State Emergency Service at the Lismore area division. I’m not clear on the extent of the role or the geographical area involved.

You can reply in the comments or via my contact form if you have further information. Just leave the fields blank if you want to stay anonymous.

If that’s true, it’s a surprising decision seeing Deborah has refused to acknowledge any of the many legitimate public concerns about her role in Universal Medicine and its relationship to her leadership of the Lismore Chamber of Commerce. Does her new role mean that she is going to start answering the questions and concerns from the public and from SES staff and volunteers?

Deborah is Universal Medicine’s salaried Chief Financial Officer and has been been working the cash register at events, and in charge of the books for yonks. She was a witness at the trial of Benhayon v Rockett and when Serge ran out of courage four weeks into the trial and stopped showing up to court, he sent Deborah along in his stead. It was Deborah there at the bitter end, instructing his lawyers. She is deeply entrenched in the organisation as an integral part of the management.

Before she became head of the Lismore Chamber of Commerce and Industry, and during her tenure, Universal Medicine won the ‘People’s Choice’ Business Award for four years running – decided by ‘popular vote’. Then the Chamber invented a ‘Hall of Fame’ award with UM as the inaugural winner. A bunch of UM associates, including Deborah’s husband, Clayton Lloyd, became suppliers of services to the Chamber during that time.

During the trial of Benhayon v Rockett, the public learned for the first time about the cult’s controversial teachings and behaviours. Those included the disgraceful rot vilifying people with disabilities. When members of the public posted concerns on the Lismore Chamber’s Facebook page, and some of Lismore’s community Facebook pages, their comments were removed. I saw instances of Benhayon’s cronies removing posts and abusing people who’d very reasonably expressed objections to UM’s anti-social nonsense.

Deborah Benhayon stepped down from her role on the Chamber late last year. Earlier this year the Lismore Chamber of Commerce and Industry rescinded all awards to Unimed. But I’m not aware of her at any point addressing the issues around the controversial business awards, UM’s infiltration of the Chamber, or her involvement in what the Supreme Court of NSW found was a ‘socially harmful cult’ and a ‘healing fraud that harms people’. 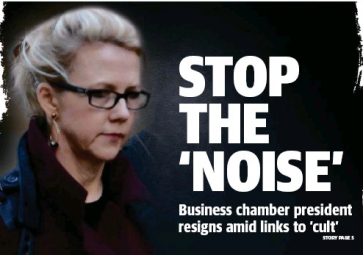 Questions for the SES

How does the SES plan to safeguard the public and volunteers from any potential Universal Medicine influence on its organisation?

How will the SES manage public concerns about Deborah Benhayon’s role and its compatibility with her UM involvement?

I’ve put forward proposals for managing UM promoters who want to take up community or other publicly funded roles. Will the SES request that Ms Benhayon, and any other UM involved staff or volunteers, disclose all UM links and make full disclosure whenever they introduce anything or anyone UM related to the SES, or recommend or refer to UM associated practitioners or businesses?

Alternatively, will UM staff or promoters involved in the SES undertake to refrain from promoting any UM related product, service or person to SES staff, volunteers or members of the public?

Will UM’s staff or promoters acknowledge the court’s findings and the community’s concerns about those? Will they make any effort to improve their behaviour and their transparency and alleviate those concerns?

The SES, like all public funded organisations, provides a vital service. But the involvement of Universal Medicine staff and promoters is hardly going to instil public confidence if the SES does not implement any safeguarding mechanisms.

Support the call for an inquiry

Please write to the following and if you’re in NSW, your state MP. (You might have to paste a message into the representatives’ contact forms. If anyone has the correct email addresses for the Ministers, please add them in the comments.)