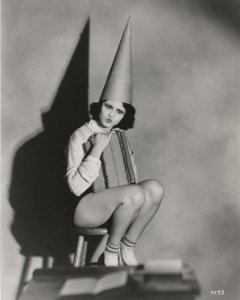 What if evil comes from good?   ‘Good’ can only be measured against ‘evil’. Capitalism – true evil as it creates the haves and the have-nots. Benevolence and charity – these are the highest forms of evil on earth today. Pure illusion. Good leaves you with emptiness. Doing “good” will not tell you who you are and is ultimately futile, cannot be sustained as it depletes you and is only measurable against “evil” therefore it has no basis.

We still tend to want to do “good” as it is so ingrained. Students are now very aware they have been living their lives trying to be “good”.
Highest form of separation on earth is being good. Murder and rape can clear quickly, as you know something went wrong.
Harder to clear good, more damage done in the long term, as it is a major hurdle to overcome taking many lives to get over…

Serge read from his new book “The Way of  Initiation“ from page 703 -706. Must be totally honest about how we write and speak. Our whole world is under illusion because education is training /teaching people to be empty puppets. Arrest all of what you are not. Know that you have been set up in that way through your education. Know who you are first – meet others presenting  who you are – being your great light. Esoteric Development Group Lecture notes taken by anonymous student, August 22, 2008

Authentic education improves literacy, logic and critical thinking. So when Serge says good can only be measured against evil, and good has no basis, but evil comes from good, which has no basis, can any of Serge’s stellar pupils explain what that means? Can they provide examples?

The notes quoted above begin with the obligatory gentle breath trance induction to enhance suggestibility.

We started with a meditation noting our initial feeling -12 in-breaths – checking our feeling – 12 in and  out-breaths checking our feeling, noting if it changed. Then repeating the breathing and releasing the body on the out breath and taking note of any change. This was to encourage conscious awareness.

Conscious awareness is SergeSpeak for shutting down one’s brain in order to hand over money without question.

Serge’s spherical mind-fuck does not resemble any definition of education. Cult expert, Margaret Thaler Singer, in her study of cultic influence, made clear distinctions between education, propaganda, indoctrination and thought reform (brainwashing). The crucial differences between authentic education and Serge’s teaching style is that education includes quality information from multiple authoritative sources, encourages analytical questioning and tolerates different viewpoints. Benhayon presents himself as the sole source of One Unified Truth®, which includes the loony posturings of the ‘Ageless Wisdom‘ he cooked up in the last few years; we have hours of audio of his lectures where not a single question is asked, cult apologists refusing to acknowledge facts, and dissenters condemned as Judas to lifetimes of mental disability.

Education and charity are loveless

Benhayon reserves his strongest contempt for education, charity and altruism.

Have you ever considered that –
Putting money into something is placing a choice of energetic activity into the world?

There is a significant difference in terms of the potency and ‘active-force’ of those investments that are active in that they too can make choices and or lead how and in what type of energy they will generate energy on Earth.

Example and or scenario 1 — you invest in a charity. Its activities promote all those ‘good’ principles, ideals and or beliefs we have and want, such as the discovery of how to cure cancer. This appeals to you. It is in-truth what we all want. But do you invest in the so-called cure for cancer or also in the income of the researcher and or secretary, CEO etc who will use their charity-paid-for earned income to buy sugar, wine, dairy and the general lovelessness that will guarantee that no fire or Soul comes into any of their activities and thus not into our earthly plane?

To cure cancer, we need to be soul-full as a race of beings and not think we can beat it simply because the survival rate is increased.

And so — what have you invested in and what return are you actually getting (?), for when you pass-over, its activity will still feed you the quality of its energy.

Example and or scenario 2 – you invest in the so-called ‘future’ of your son or daughter. You feed them. You send them to school then further studies. They make choices you have no control over. And even if you think you do or can control over a certain period, you do not know all of their choices.

You send them to a school you know is pranic, but spend little time countering what they learn or how to handle friends and teachers etc. You invest in them getting knowledge but supplement not the fact that that knowledge is useful only to better function or exist or get by in the world with little if any love to make life true, Soul-full or Godly. What returns do you get for allowing lovelessness to be in another? Not only do you get the immediate incarnate return of watching them be loveless in the choices they make, an in-truth agonising feeling for any parent, even the checked-out ones, but the direct feeding of you being loveless by the world you will return to.

Example and or scenario 3 – investing in courses, knowledge (books etc) buildings, religions, institutions that do not foster, promote and or allow fire and or Soul in one’s life.

It is these that bring the hidden harm, for their active force (energetic activity) is multiple as is investing in people, only they last longer in their pranic ways than people do. (Benhayon, S. EDG Message 13, 2011)

The mind as a learned intellectual tool cannot be relied upon to deliver truth because it has to wrestle within by all that it has been given or fed as assumed truth. (Benhayon, 2007, p.45)

As distinct from what it has been given or fed as assumed truth by Sergio the bullshitter.

We have deeply retarded ourselves away from our stupendous knowledge by believing in so-called facts, truths and given beliefs that satisfy the limited pranic mind. Clear out your emotions and return to your heartfelt feelings…there you will find the truth of all things. (Benhayon, 2011, p. 400)

The heartfelt feelings you’ve been programmed with via repeated readings of Serge’s shambolic writings and repeatedly listening to his podcasts.

We are teaching kids to have this amazing recall/memory to do well at school. We reward them for their times tables; we give them a gold star if they spell correctly, run fast, tackle hard and or score a goal. It is no wonder they grow up to self-abuse without knowing it, when there was no reward or recognition for one loving oneself. (Benhayon, 2011, p.489)

Vast and deeply damaging evil is hidden in pranic forms of charity, good, nice and benevolence, and not just in the brutality we can all see is evil. (Benhayon, S.,  Esoteric Teachings & Revelations, UniMed Publishing, Goonellabah, 2011 p.296)

Charity- was discussed as creating a greater platform of prana for the lords of form. Occultly – the energy of charity is the same as the energy of a paedophilia as it tries to use an innocent expression to disguse its ill pranic ways. Trying to compensate for own guilt through the use of innocent energy. (Esoteric Development Group notes, unidentified notetaker, September 2008)

Any post on this or the accountability blog features startling examples of Esoteric BRILLIANCE from Sergio Benhayon and Universal Medicine students, and never forget that the College of Universal Medicine will teach the standard Benhayon doctrines that most foods are pranic and to be avoided, people who don’t pay up to the cult are pranic members of the Astral Cult and to be avoided, the human body is a useless carcass obstructing the soul from the ultimate healing that is death, and touching sexual abuse victims’ genitals is Esoteric ‘healing’.

However, we should take one more look at student notes to evaluate the ‘in-truth’ worth of Benhayon’s teachings.

No difference between a movie star and a person who uses illness to gain recognition. Its the same energy.

It is not so much the extremes in society which support the Astral plane such as Hitler, Stalin etc but more the person that has the ‘good’ life, those that do well in society. They reflect the life we all want to have – but they are the helped ones (by the astral plane). They gain their success by reacting to a need they feel, there is no truth in their existence only emotion. (EDG Notes taken by Michael Dixon, October 16, 2010)

The human being was created by the spirit (we did not come from apes)…
° Mother earth needs to cleanse the prana that has been dumped, as a planet we emanate a lot of prana – this is why we have the protective layers of the atmosphere, not for us, but to protect the rest of the universe from a plane that should have never existed.
Natural disasters –
° Earthquakes are for all the ingrained and stubbornness we hold onto (EDG Notes taken by Elizabeth Dolan, September 18, 2010)

Serge then came on stage and said that the energy of a tampon in our body is like having sex with the dirtiest guy you know all the way through your period…Serge can present to a group of women and us fell at ease with him because he energetically holds the energy of a true women very deeply in his body. (Esoteric Womens Presentation notes taken by Fiona Pierce, June 2012)

We urge readers to write to public representatives and ask how the ATO defines a charity’s educational purpose, and ask how Serge’s anti-charity, anti-education, anti-life, anti-health, anti-family, sexist, exploitative, abusive, hateful, covertly hypnotic ‘educational purpose’ gained his property improvement fund tax exempt charity status. Ask them how this abuse of tax payers is allowed by the Australian government, and throw in a few of your favourite quotes from ‘The One’. If you’ve been personally affected by Universal Medicine, please tell the representatives your story.

And let’s hope Serge has made at least one self-full-filling prophecy.

For the first time ever on earth, humanity is going to be accountable for the energy of the pranic version of “GOOD” that they have invested in or put for the. People have used “GOOD” to hide selfishness, greed and to act for self-gain, and thus, there will be an enormous exposure for many, many people. As a result, and aside from the many personal upheavals, the charities that espouse/sell/market their so called “good” will be exposed and fall apart, as people will start to disclose what is really going on behind the scenes (the embezzlement/lifestyles and so on). (Lecture notes taken by Natalie Benhayon, Energy Release – 26th June 2011)

Benhayon, S. The Way It Is , UniMed Publishing, Goonellabah, 2006