← Esoteric Stalking – how dare you ask me to stop harming people!
Sergio Benbullshit Stands Up →

Universal Medicine is so NOT A CULT! says cult psychologist Brendan Mooney 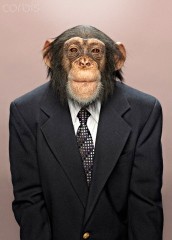 Artist’s impression of a cult psychologist.

We can’t resist resurrecting this piece of classic denial from a member of the Universal Medicine brains trust and cartel. Except we’ve helped Brendan by supplementing his Esoteric ‘true facts’ with real world evidence.

Universal Medicine: Cult or the Antithesis?

In recent weeks, there have been a number of articles written by the media stating that Universal Medicine may be a cult organisation. However, these articles have not provided any evidence to this claim, and obvious facts about Universal Medicine have not been published. The intention of this article is to address these ‘Universal Medicine cult’ accusations and to outline the true facts. In doing so, the reader will have an opportunity to be more informed in making up his or her own mind.

The facts about Universal Medicine are:

Except for having cash and a susceptibility to bullshit. Although the cult isn’t fussy whose cash it is, or who does without so followers can pay.

You might want to read the rest of Margaret Singer’s book, Brendan. Or was it chucked on the pyre at cult lawyer Cameron Bell’s book burning? Everyone in the UM pyramid scheme from the surgeons down refer vulnerable patients to Esoteric healers, who then refer them to more Esoteric healers and then workshops and then retreats…the UniMed cartel recruitment drive into the UniMed ‘healing’ mousewheel.  Dr Elizabeth Skinner refers patients for breast massages, who are then referred for chakrapuncture and so on. Dr Sam Kim refers patients to his unqualified wife, Jasna, the Benhayon underachievers, Kate Greenaway, Danielle Pirera, Neil Ringe, and even you or Caroline Raphael to really have their heads unglued. Patients seek qualified professionals under the impression they can trust them to adhere to their codes of conduct and provide ethical care. I’d call exploiting unsuspecting and vulnerable patients aggressive, Brendan.

The remainder of the quote, from Singer’s work is as follows:

Eventually, those groups subject their followers to mind-numbing treatments that block critical and evaluative thinking and subjugate independent choice in a context of a strictly enforced hierarchy.

The wisdom of the ages is that most manipulation is subtle and covert. (Singer, 1995, p. XXIII)

Before we read any more of Brendan’s thesis, we ought to look at Singer’s definition of cults, which Brendan avoided. In fact, we may follow this post with a set of quotes from Singer’s book, which Brendan conveniently overlooked. (The date and page number discrepancy is because I’m using a later edition, but with the same preface.)

…the term cult is not perjorative but simply descriptive. It denotes a group that forms around a person who claims he or she has a special mission or knowledge, which will be shared with those who turn over most of their decision making to that self-appointed leader…

‘Extensive’ information amounting to the messages Universal Medicine wants the public to see. Whereas here on the FACTS and Accountability sites we expose the material the cult omits from its publicity. The inappropriate touching of sexual abuse victims, the personal boundary transgressions, the hostility to outsiders, the obsession with underaged sex and paedophilia, the glorification of death, the out and out wackjobbery, the privacy invasions – click on any page and you’ll see the ‘key messages’ the cult won’t show on its sites.

Do you have page numbers for those references, Brendan?

Yah, Rebecca Baldwin spun the $5 line too. What about Serge’s appeals for anonymous donations ‘if you feel to’ that amounted to £2.5 million in renovations to the Lighthouse in the UK (that we know about), and him buying a $2.3 million dollar cold storage facility in Wollongbar as part of a $7 million dollar property portfolio? That’s lots of $5.

HOW GENEROUS! But we know people have asked for refunds and been refused. And what’s with the gaffer tape and black plastic covering the windows? What is UM hiding?

So patients and workshop participants are allowed to see the full disclosure of their personal and medical history, including their HIV status they supplied on the UM ‘consent’ forms – information gathered in breach of the Australian Privacy act? More Esoteric generosity. Why do you need to know someone’s HIV status Brendan? For a six hour ‘Livingness’ workshop? And how about the financial transparency of the Esoteric Practitioners Association and the tax exempt Universal Medicine ‘College’? Where can the public view the annual reports?

No rituals? Except for all the counter clockwise bullshit – walking, massaging, stirring nutrient deprived Esoteric gruel. Then there’s the ritual clearing symbols and clearing candles, gentle breath meditation/hypnosis, listening to podcasts daily, parroting uniform Esoteric platitudes. And there’s nothing exceptional about the practices of Esoteric Breast, Uterus and Ovary massage?

Yep, we’re all equal, except on Serge’s Initiation scale, or when it comes to freedom of speech, or worse, dissent. And Serge does not make mistakes ‘like we all do’. Normal people don’t go around touching the genitals of sexual abuse victims, or offering unqualified vaginal examinations as ‘healing’, or inviting adolescent girls for extended sleepovers, or not bothering to pay back the people he’s owed money since the nineties, or asking for donations to a legal fund knowing you can’t win a defamation action against facts. Did he refund the money you all put in?

Yeah, free to choose after Serge has told them everyone who isn’t committed to his Esoteric balderdash is loveless, in pain, and part of the Astral cult. No restriction of access? No, you just choose to burn books, and the cult chooses to have zero financial transparency and to disallow comments and questions from outsiders on their propaganda sites, and to be selective that only Serge’s publicly palatable ‘key messages’ are found in the propaganda.

Large numbers of people worldwide don’t eat gluten or dairy because they have legitimate, professionally diagnosed allergies or sensitivities. Cult members don’t eat them because Serge says those foods have too much pranic life energy. Cult members have also cut tomatoes, coconut milk, all grains, including rice, root vegetables, beef, vinegar, legumes – not for any nutritional reason but because Serge SAYS SO. The small number of medical professionals associated with the cult, including you, are in breach of your professional codes of conduct, including by exploiting patients’ lack of specialist knowledge and failing to declare your personal and financial conflicts of interest. You are all, without exception, a disgrace to your professions. And furthermore, you’re a bunch of callous, entitled bastards.

If questions are encouraged, why don’t followers don’t ask any? We have 8 hours of lecture audio of Serge’s monologues in which not only does he talk non stop horseshit, but not one question is asked. The group is harangued with the evil, loveless, cancer causing properties of food, sex, music, sport, emotions, ideals, beliefs, intellect and life itself, and all lectures are preceded by a session of trance inducing ‘meditation’, also known as hypnosis.

Serge doesn’t have to isolate people geographically, he isolates them by shutting down their emotions and critical minds, and making it impossible for them to sustain relationships with anyone outside the cult.

Except for UniMed and its practitioners’ indecent assaults, breaches of professional codes of conduct, the privacy act, the Trade Practices act and Australian tax law.

And apparently you’re too Esoterically advanced to provide page numbers for your references.

Whilst unconventional or even unpopular statements may be made by Universal Medicine, no organisation in society should ever be labeled a cult when there is absolutely no evidence to justify this claim. The term ‘cult’ carries heavy stigma for those involved and should never be used carelessly or irresponsibly. To do so would severely denigrate and demean the thousands of people who have been inspired to make truly loving changes in their lives and to support those around them. The real stories about Universal Medicine will be found here, in the countless numbers of individuals who now bring a sense of wellness to family life, to the workplace, and to all of society. So I leave it to you the reader to determine. Universal Medicine: Cult or the Antithesis?

Brendan Mooney works as a fully-registered Psychologist. He has studied up to the level of a PhD in Clinical Psychology and Clinical Neuropsychology at the University of Queensland. Brendan works as a Psychologist both privately and in the rehabilitation sector.

Brendan works at SergeCentral – the Universal Medicine clinic in Goonellabah.

What Makes Universal Medicine a Cult?

17 Comments on “Universal Medicine is so NOT A CULT! says cult psychologist Brendan Mooney”